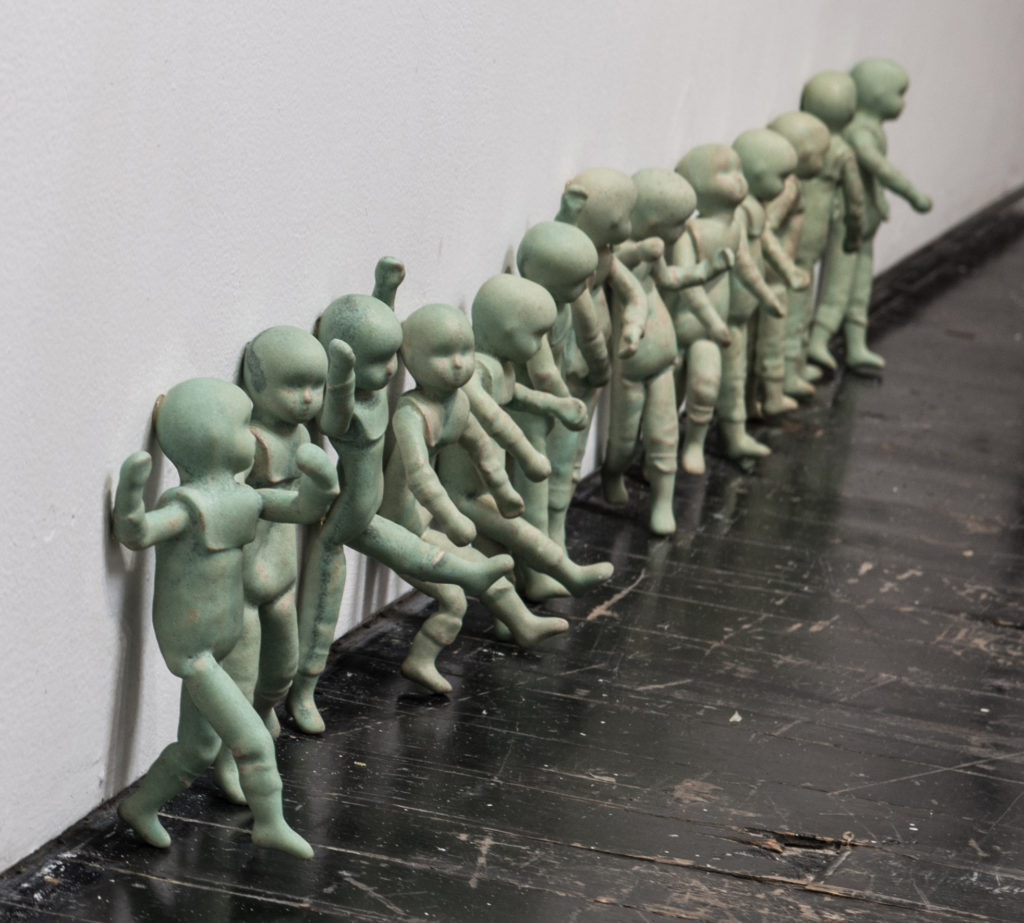 Inspired by the figures of two children dancing among a tide of beleaguered grownups in Lorado Taft’s 1920 “Fountain of Time” on the edge of Washington Park on the South Side of Chicago. Thirteen figures cast from a cloth-bodied child doll, prance across a wall at floor level. Two mimic the poses of Taft’s dancing children; others echo poses found in photos of displaced children dancing in unlikely circumstance around the world. Apparently oblivious to human struggle, dismissed and yet underfoot, they tug toward the future.